Maria Mendez never thought she would win a journalism award. Even when she got an email saying she was a finalist for an NAHJ award, she didn’t realize how big of a deal it was.

It wasn’t until she had won an Ñ Award in the Latino Issues Student Print/Online Journalism category that she thought: “I guess I have a right to be here, I guess I did something that’s worthy of an award.”

What she did was write a piece about a DACA student who left the university she attended because of fear of not being able to go back to her hometown of Brownsville, Texas when her DACA permit expired. Mendez traveled to Brownsville to write the student’s story.

“The biggest thing that I learned is how to offer yourself as a tool to people to tell their story,” said Mendez, who is a student at University of Texas-Austin, “in a way that is not intrusive.”

Checking you out: Mauricio Botero

Mauricio Botero’s life has been a series of changes that have led him to become the man he is now.

When Botero was a young boy his family moved to the United States from Colombia in search of a better life and opportunities — it was a common immigrant tale. His father was in the insurance business and had been presented with a job opportunity in New York. His family’s move led the way for him to eventually become a business owner.

Fast forward years later and Botero was now a business owner in Miami with a furniture store in the Design District. But Botero ached for a change, so he made one. Botero sold his store and contacted a friend who was the chief concierge at the Intercontinental. Botero has now been the Intercontinental Hotel Group’s concierge for 17 years.

“My favorite part of my job is that I could make a difference in someone’s stay at a hotel by going out of my way, providing service, making sure that they get treated the way I would get treated,” Botero said. “That’s the rewarding part of the job. That people come out afterwards and they have a good time.”

Lines of coffee-deprived conference attendees stretch from the Starbucks to the lobby of the Intercontinental Hotel.

For Jorge Gonzalez, getting through the bustle of the morning rush is an opportunity to meet the hotel guests who are here to vacation at the beautiful beaches in Miami or for a conference like this year’s National Association of Hispanic Journalist.

Getting an order right while beating the rush is as important as making sure that he makes the customer happy.

“There is nothing hard about making coffee,” Gonzalez said. “I know how important coffee is important for me in the morning that I care about the customers who are willing to stand in line for their morning coffee fix while at the hotel.

A native of Nicaragua, Gonzalez had to flee to the United States 35 years ago during the reign of former Nicaragua President Daniel Ortega.

While Starbucks may not be the coffee back home, Jorge enjoys making the hot drinks. But he has his own opinion about those that opt for the cold drinks.

“My favorite one is the cappuccino and hot drinks,” said Jorge. “Everyone comes in here for the cold drinks, I don’t get it, the hot ones are better.”

‘I don’t use the word inspirational ever’: Jaclyn Diaz

After graduating from Emerson College in 2014 and being part of the National Association of Hispanic Journalists chapter there, Jaclyn Diaz had not attended a national NAHJ conference.

She covered arts and entertainment in school, but now works for Bloomberg Law in Arlington, Virginia. Diaz says she has enjoyed the panels and training at the conference — one of her favorite panels, titled “Latinos & the White House,” focused on what it is like for reporters to cover the Trump administration.

“I don’t use the word inspirational, ever, but I thought it was,” Diaz said. “It was so encouraging to see that.”

Diaz said she feels lucky that her job allowed her to come to the conference since she wanted to come to the workshops and bond with people that look like her. Her advice for young journalists was to never be afraid and to gain skills to work in the real world.

The wisdom that comes from surviving: Ariana Ortega

Ariana Ortega is a STEM student going to pursue a degree in industrial engineering this fall as an incoming freshman.

The new Gator student always has a smile on her face, despite it all. Her peers would always compliment her positive vibe.

Ariana went to Stoneman Douglas High School, in Parkland, Florida. She was one of the survivors of the school shooting.

“Before February 14, my priority was school and the test that I would have the next day,”  she said. “After that day, I have realized that what really matters in life is spending time with the with the people that you love and taking every second of it in as if it were the last because you never know.”

Jaime Trejo-Calzada was born and raised in Zacatecas, Mexico. He was born at a ranch and lived there until he was six, then moved to a city for another six years. When he was 12, he moved to the United States with his family.

Growing up, Trejo-Calzada was really shy but throughout his life, he managed to overcome that. His siblings are his best friends and Trejo-Calzada said his best memories are of their childhood in Zacatecas.

The MSU student is currently majoring in Journalism and plans to double major in business. He aspires to be a reporter in the Spanish news industry.

“A red tie is powerful,” Trejo-Calzada said with confidence, showing off his suit.

With five siblings, 52 cousins on one side of the family and 27 on the other, family support has always been an integral part of Rose Garcia’s life. The California native jokes about having to compete with her siblings for her parent’s attention, but Garcia said they always supported her full heartedly.

“I think growing up, there was always this sense of community and support and love,” Garcia said. “My dad had always said to all of us ‘don’t wish for things, make them happen.’”

That mindset helped Garcia reach her high school dreams of working for the NFL. She is currently the director of talent and guest booking for the NFL’s media division after working in sports media for various networks, including Fox Sports.

Although being a Latina in this predominantly white male industry has its challenges, Garcia said she continues to thrive because of the support she receives and the work ethic her parents instilled in her.

“You alway knew that even if you failed, you would be ok,” Garcia said. “I think if you have that, you can pretty much do anything.”

A future not promised: Noah Duran

Noah Duran wasn’t expected to walk. Or drive a car. Doctors told his mother he would never hold down a job.

A week and a half into working at the Starbucks in the InterContinental Miami’s lobby, the 21-year-old, who has mild autism, is proving that doctor wrong.

“It was intense but, you know, it kept me going,” he said on Saturday afternoon as the National Association of Hispanic Journalists’ convention was winding down and, in what appeared to be a rare moment, there wasn’t a snake of people waiting at the register.

Duran, who started working at Starbucks less than two weeks ago, has dreams that extend beyond the coffee counter.

He wants to design a high-rise hotel  — with 39, maybe 40 floors, he said — topped with a pool and finished off with a French-sounding name. He doesn’t want a franchise, and he will probably have to start small, because, well, designing a resort is expensive, he said.

“I want to have my own unique hotel,” Duran said sitting on a burgundy-colored couch in the hallway where the coffee shop sits.

Growing up was difficult, he said. Peers picked on him in elementary school. He didn’t really have social skills. At his mother’s request, his speech therapists were strict and made him work hard.

“It doesn’t affect who I am at all,” he said. “It’s been a long journey. I really pushed myself to become the man I am today.”

For now, Duran is at Starbucks just trying to do his job well. He likes making customers happy. He wants to eventually move up in the ranks, he said, maybe to human resources.

Duran knows the world can be cruel. But he wants to overcome people’s expectations and be the person the doctor said he wouldn’t ever be.

Andy Newman, a New York Times reporter, has always felt that the Timex watch on his left wrist brings him luck.

His father gave him the token before he died. He has carried it with him everywhere since.

He said on Thursday that he believes if he ever left it behind, its charm would be useless.

“If I’m just leaving the house or just going to the supermarket, I’ll put it on,” said Newman. “I don’t want something to happen to me and me not, be wearing it.”

It’s a simple watch, not too flashy, a white face with a dark blue band, a white stripe running down the center.

But the Timex watch’s power transcends time-keeping: it brings him luck, and preserves his father’s memory. And he carries it with him wherever he goes. 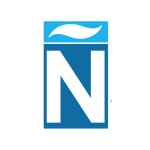