By the time Nick Valencia arrived in San Antonio, he was running on “adrenaline and coffee.”

As the first CNN reporter to be sent to Florida to cover Hurricane Dorian, he experienced a “hellish” week, he said.

After seven days of nonstop coverage, he almost didn’t attend the Excellence in Journalism 2019 convention.

But he was determined to get to San Antonio and finally landed at 1 a.m. He missed a National Association of Hispanic Journalists board meeting, but made it to a CNN panel.

Hurricane Dorian has decimated the Bahamas and flooded coastal communities across the East Coast. The storm upended the plans of NAHJ journalists sent to cover its path. But the organization itself has felt little impact.

There have been at least a dozen cancellations — a small fraction of this year’s 2,000 attendees.

This is not the first time an NAHJ conference has collided with a storm. Many NAHJ conventions have been held during hurricane season.

In 2017, Hurricane Maria and Hurricane Harvey kept many members away.

Frances Robles, the national and foreign correspondent in Miami for The New York Times, has attended NAHJ conferences since 1996. During that time she has only missed two conventions — in 2017 due to Hurricane Maria and this year due to Hurricane Dorian.

NAHJ President Hugo Balta said the board will consider changing the dates of the conference.

“Absolutely,” said Balta. “If we partner again with EIJ, we will look to have the conference earlier in the summer and not so late as we’ve had when we’ve partnered.”

As for Valencia, he wanted to show how important the conference is to him. Not even a hurricane could keep him away.

Vania Patino is a 2019 NAHJ Student Project participant. She is a student at Cal State University, Fullerton majoring in communications with a emphasis on broadcast journalism. She is an assignment desk editor at NBC Universal Telemundo. Reach her at vaniapatino12@csu.fullerton.edu and on Twitter at @VaniaPatino12. 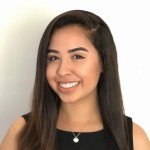