California Chicano News Media Association President Joseph Rodriguez wrote an email early Saturday to thousands of journalists, many of whom are not members of the Chicano group, urging the preservation of an endangered partnership between CCNMA and the National Association of Hispanic Journalists.

But the email may have raised more questions than it answered about the ongoing controversy.

The email, which was sent by CCNMA’s interim executive director, Mekahlo Medina, reached the inboxes of about 3,000 people — many of whom wondered how they received a message from an organization of which they were not a member.

According to NAHJ bylaws, any member of the organization can request email addresses of all association members. No restrictions exist on how these emails may be used.

Medina, who said he had pushed the note out to journalists in both groups, said he had maintained a list of emails from both organizations, partially curated during his time as NAHJ president.

“We felt that this issue affected all of NAHJ, and that all NAHJ members needed to listen to this correspondence,” he said. “It’s not just California.”

NAHJ President Brandon Benavides said Saturday that he was investigating how NAHJ member emails were obtained by CCNMA.

Rodriguez, whose message preceded an NAHJ member meeting on Saturday, said the partnership between the two organizations “offers too much promise to abandon so soon.”

“I can look back now and credit my start and accomplishments to two Latino journalism groups that today find themselves on the brink of a disastrous divorce,” he wrote.

Rodriguez called on the NAHJ board, whose next meeting is scheduled for Sunday, to vote on a particular point of contention: the hiring of a separate and independent administrator to manage the joint CCNMA and NAHJ Los Angeles chapter.

If that doesn’t happen, he went on, NAHJ should allow the Los Angeles chapter of NAHJ — the branch that would have been most directly affected by the merger — to keep 100 percent of the dues paid by members until it can hire the administrator on its own.

NAHJ Financial Officer Michelle Rindels said in interviews with the Latino Reporter that the Board of Directors had not worked out how much this position would cost. She added that the organization’s $900,000 budget did not leave much wiggle room for new expenses.

“We are very aware that if we don’t thoroughly vet this now, it could come with a lot of baggage that would hurt us financially and legally,” Rindels said.

NAHJ Executive Director Alberto Mendoza said that the national organization does not fund similar positions for the Dallas-Fort Worth and Phoenix local chapters, both of whom operate as independent non-profit organizations. 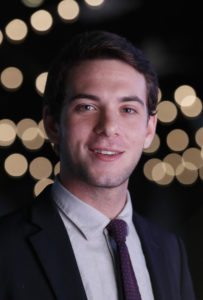