LOS ANGELES – Bamby Salcedo has been at the forefront of activism and advocacy for the transgender, Latina and immigrant communities for nearly a quarter century. It has been hard work.

Born in Guadalajra, Mexico, and raised by a single mother, Salcedo said she was young when she first fell into a destructive cycle of drugs, crime and juvenile detention. She moved to the U.S. when she was 16, hoping to escape the dysfunction of her former life. But, she said, it followed her.

She lived at the margins of worlds: an immigrant navigating a language barrier, a transgender woman who had just begun her journey to live her truth. She had few support systems, limited resources and struggled to pull herself away from the old habits of her youth.

“There were really no resources for us, so anything and everything trans people needed, we would find it on the streets,” said Salcedo.

Salcedo fell into a similar cycle of addiction and spent the next 14 years in and out of prisons and immigrant detention centers. She was deported four times. Somewhere along the way, she said, she realized something: There were others out there just like her, struggling just as much.

In 2009, she made a decision that would change the course of her life: Salcedo founded the TransLatin@ Coalition to offer aid and support to transgender Latinx people in the Los Angeles area. For the next 12 years, Salcedo elbowed her way to the front lines of advocacy for transgender rights. She lobbied for housing and medical aid for transgender Latinas. She asked the government to allocate $100 million to help the community.

Then, on Tuesday, she got to witness history: California Gov. Gavin Newsom (D) allocated $13 million to the newly created Transgender Wellness and Equity Fund, which is meant to provide critical medical services and housing aid to transgender, gender-nonconforming and intersex people in California.

“Everyone should have equal access to health care regardless of their gender identity,” said California Assembly member Miguel Santiago in a press conference last May.

Salcedo, who addressed Latino journalists this past week as a panelist on a discussion during the National Association of Hispanic Journalists annual conference about how to better cover the LGBTQ+ community, has even been invited to meet with members of the Biden administration at the White House.

“Yo soy un milagro,” said Salcedo, who has along with the TransLatin@ Coalition spent years lobbying the California legislature to back a bill like the one signed into law on Tuesday. “My people who have uplifted me to be who I have become and for me, the work is what keeps me grounded and what keeps me rooted in community.”

She wants to build a better world for the women like her, she said, who struggle to find support in a world where the odds are so stacked against them.

“When I get to see the light in their eyes again,” she said. “That is what really brightens my soul.” 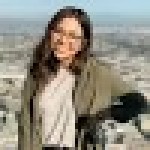