Brandy Ruiz, a journalism student from the University of Texas at El Paso, didn’t know how to connect with other journalists amid the coronavirus pandemic until she learned she could become a member of NAHJ.

Still, she needed some help.

Ruiz was sponsored by NAHJ’s National Academic Officer, Robert Hernandez, who spearheaded the “unofficial NAHJ giveaway” after NAHJ tweeted last week that they were only 40 members from reaching a new record of 2,800 members.

Hernandez, determined to reach that number, was then contacted by friends interested in sponsoring new members. A Twitter thread followed and more than 100 members were given already paid-for memberships.

As of Saturday afternoon, the organization had 3,031 members, Hernandez announced at the organization’s annual membership meeting — an all-time high. According to NAHJ records, the previous record was just above 2,500 members.

“I feel really lucky to be able to join because I know there’s not a lot of people who are not aware of opportunities,” Ruiz said. “I’ve never seen somebody like me, like Latino on news stations, such as CNN, you know, the big stuff. Seeing that change you know are the first steps to a new movement of change.”

Living en El Paso, Ruiz said she has felt like she has limited access to opportunities in journalism and NAHJ has been her main source of exposure and networking in the media industry.

“I met people within the industry from other parts of the world, and I’m not able to do that from home,” she said.

The membership numbers have also fueled attendance for this year’s joint conference, officials said, making it NAHJ’s sixth highest-attended event in their history with approximately 3,400 registrants — despite the unknowns of it being run virtually.

Nancy San Martin, NAHJ’s national vice president for print, also joined the initiative to sponsor the next-generation journalists alongside many other members. San Martin, who is a former student member, said she is grateful for the resources NAHJ provided when she first started to pursue journalism. Now as a NAHJ board member, she feels it is important to pay it forward.

“This is a great new era for us,” San Martin emphasized. “It’s something that we’ve never done and that appears to be off to a great start.”

San Martin got her first internship at the Miami Herald after attending a NAHJ conference. She said the annual gatherings provided her the ability to network, connect with Hispanic journalists and meet with recruiters.

“NAHJ opened the door to a world of possibilities,” San Martin said.

Just like Like San Martin, NAHJ member Ludwig Hurtado said he also wants to pay it forward to help other Latino journalists succeed by strengthening our support networks.

“I know how important it is, especially during a pandemic, when you have so many people getting laid off and so many people just looking for any bit of work they can,” Hurtado said.

For him, sponsoring new members is more than just promoting people of color, he said. It’s about investing in students and creating a broad group of thriving people who can later enter the journalism industry successfully.

According to NAHJ records, 285 people joined the organization over the last several days since the online membership drive began. Sponsors covered the cost of 119 of those memberships, while 166 paid for their own, renewed lapsed memberships or received money form their company to cover it.

Rosa Guevara, a communications student at Baruch College in New York, said she has wanted to join NAHJ for years but never had the money for it. But when she saw people tweeting about the informal initiative, Guevara quickly reached out to Hurtado to be sponsored.

As one of the few Latino interns at NBC News Digital, Guevara knew the sponsorship was a great opportunity to finally join an organization she said represents her.

“I stood out … the reason why was because I noticed that there were not a lot of Latino interns and I felt bad,” she said.

Awarding memberships to young journalists is more than just a number for the sponsors, said Hernandez, adding that Latino journalists will have an impact in the industry because of their talents, skills and network.

This story has been edited to reflect the breakdown of memberships paid for by Robert Hernandez’s online fundraiser.

Diane López Olea is a graduate of San Diego State University. As a student, she was the president of her university’s NAHJ chapter, wrote for The Daily Aztec in Spanish and English and worked as an assistant producer intern at Univision San Diego. Reach her at dlopezolea [at] gmail [dot] com and on Twitter @dianelopezolea. 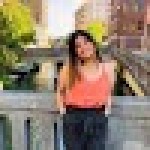 One thought on “NAHJ shatters membership record thanks to online donations”